In honour of our production of the play Top Girls by Caryl Churchill, the Segal Centre has selected Montreal’s “Top Girls,” women who we believe define success, are leaders in their field, and who make a vital contribution to their community.

We asked them the question: “What does success mean to you?”

For each day of the run of the play, a “Top Girl” will share their tips for success and personal insight over our social media networks.
Keep an eye out as we unveil a new choice every day!

Join in on the conversation by answering the question “What does success mean to you?” over your social media networks with the #SCTopGirls hashtag. 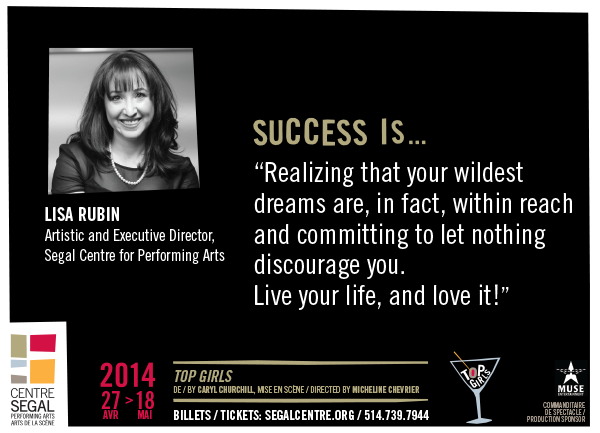 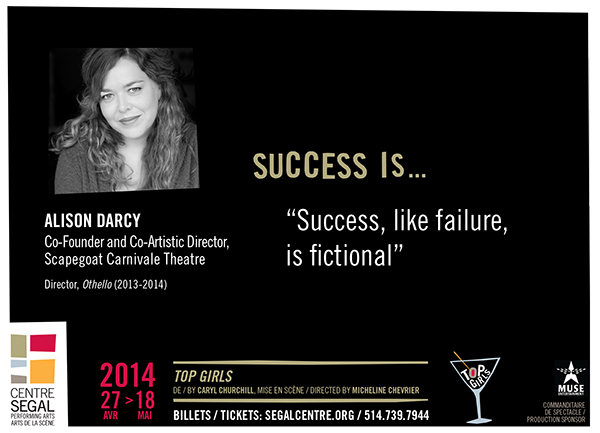 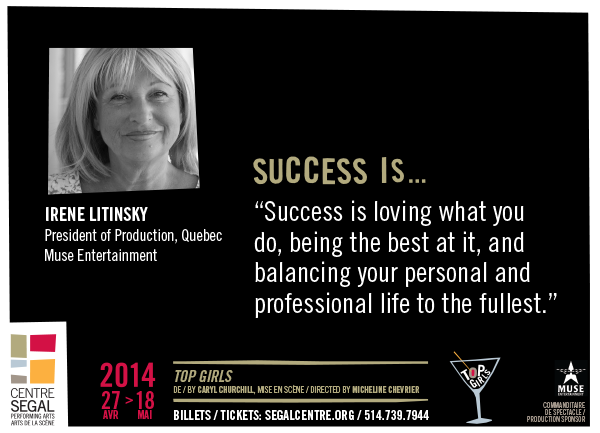 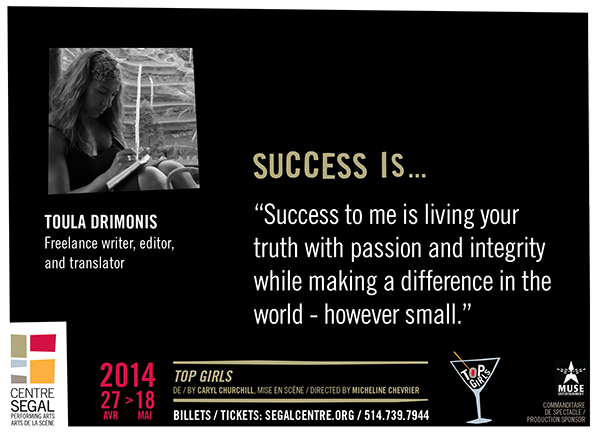 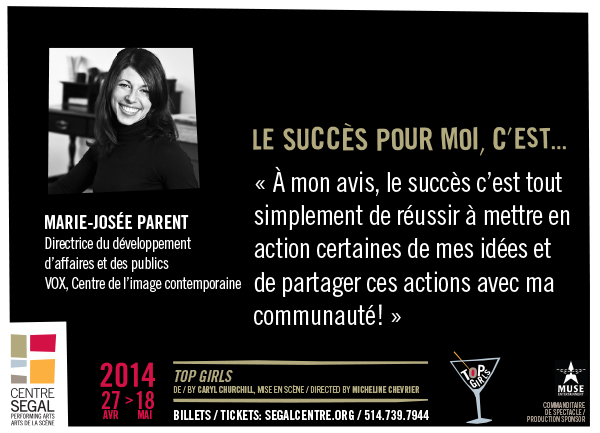 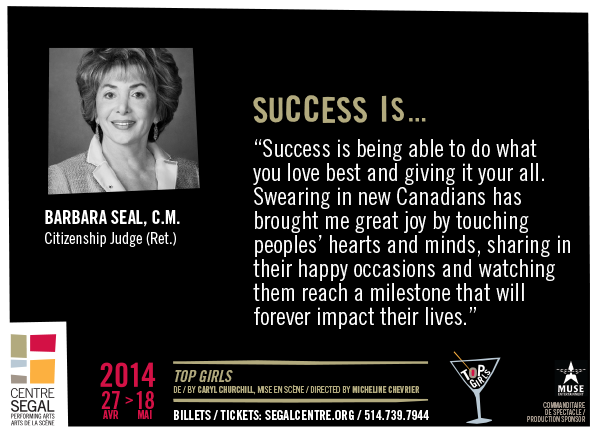 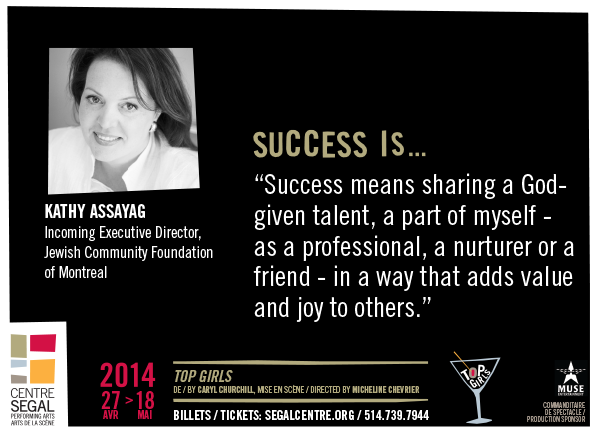 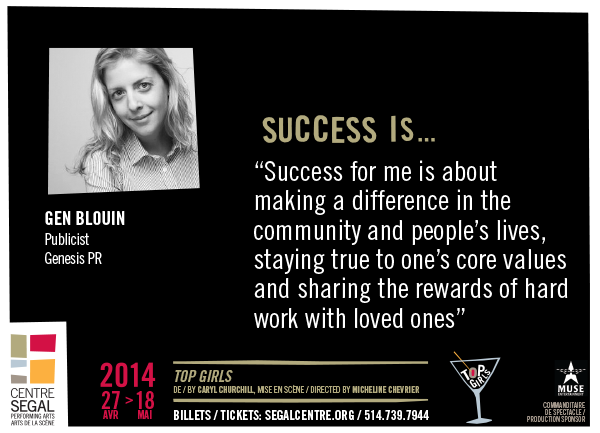 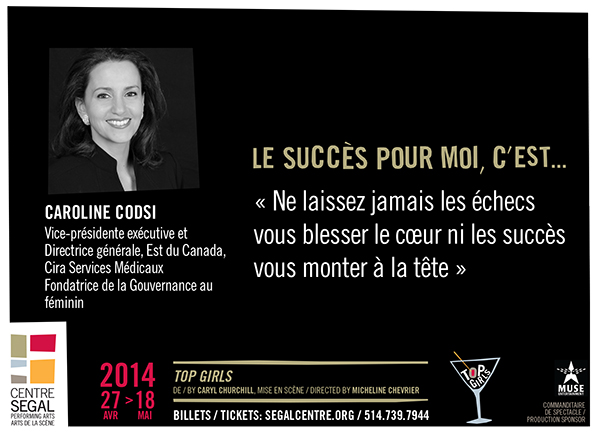 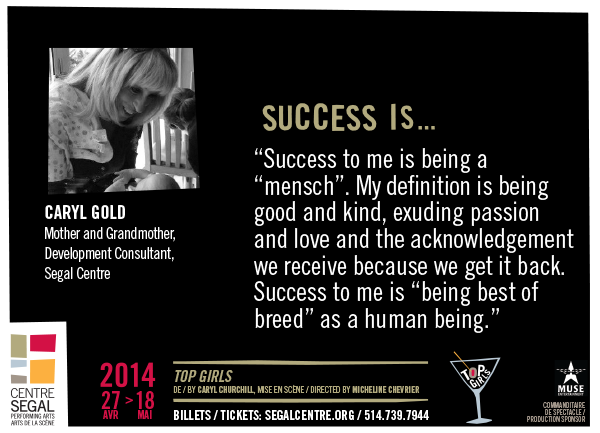 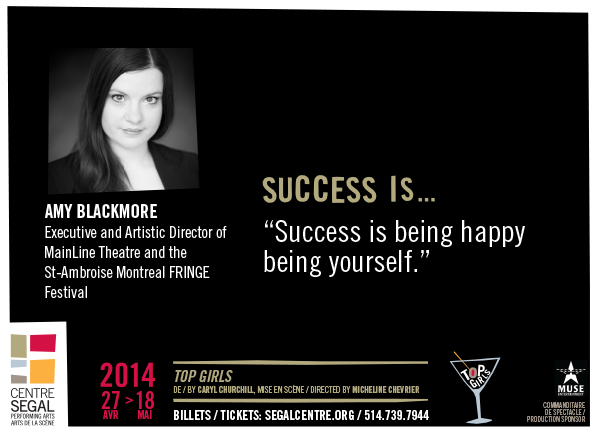 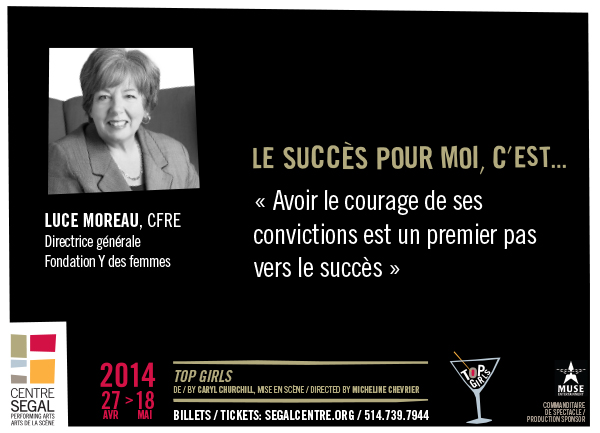 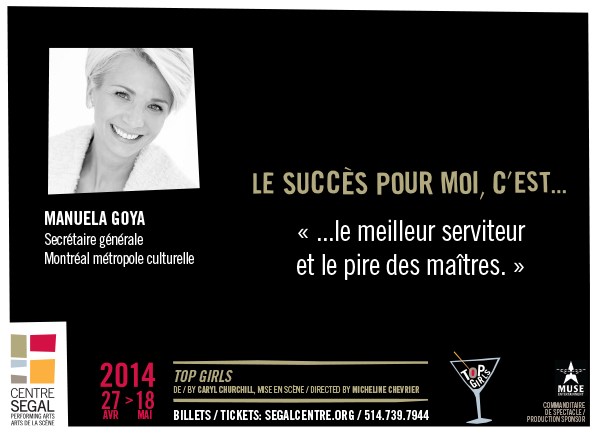 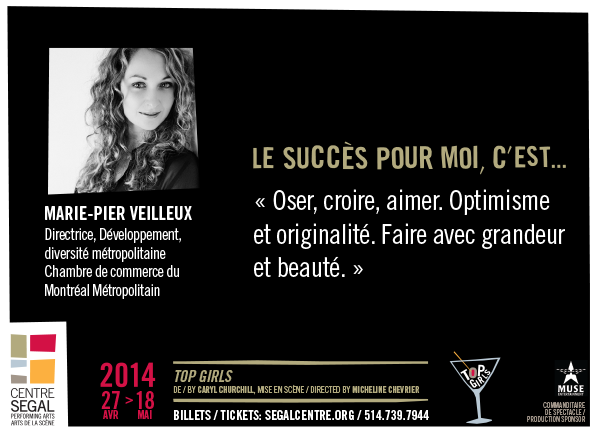 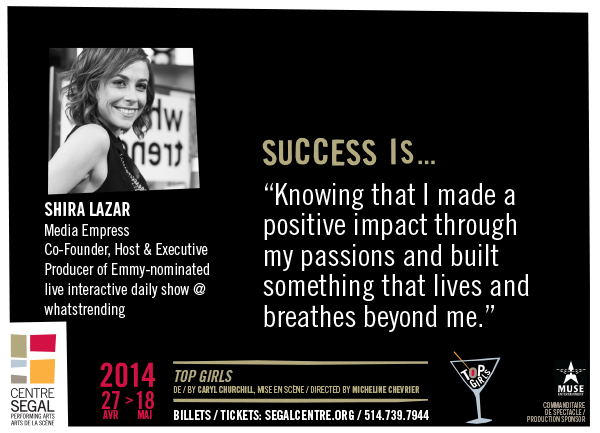 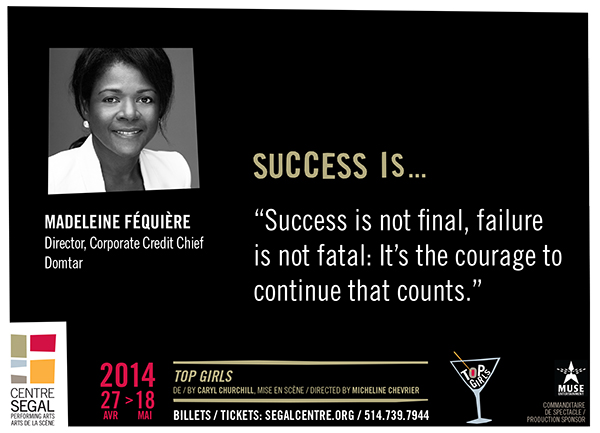 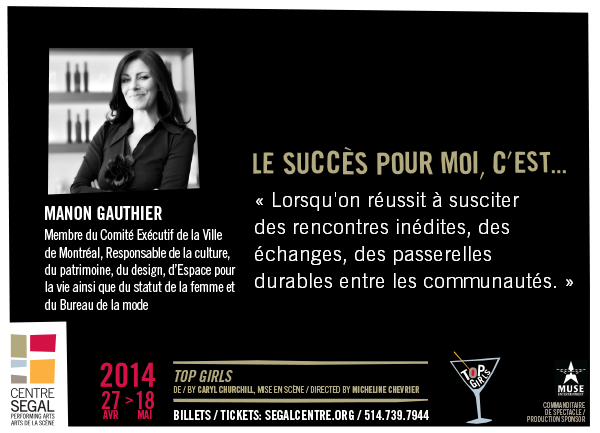